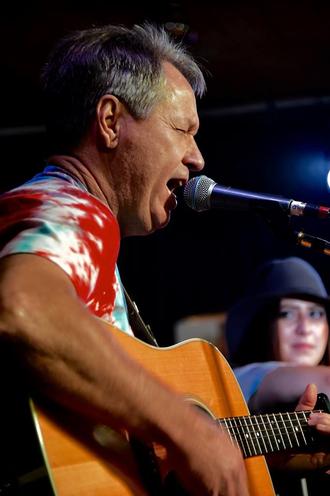 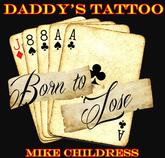 Mike grew up on the South Coast of Texas and Northwest Louisiana. He wasn’t from a musical family but he always wanted to play the guitar. His best friend, David Triplet grew up playing and he taught him to play the six string. David's Dad, Clyde taught Mike about country music song structure and substance. Since then Mike has continued writing and playing blending classic rock and country.

Mike has worked with some of the top acts, pickers and writers in the business as a Studio Manager helping produce pre-tour rehearsals and music videos . Eric Clapton, ZZ Top, David Bowie, Kiss, Garth Brooks, The Firm, Stevie Wonder, Genesis, Phil Collins, Julian Lennon, The Everly Brothers and James Taylor to name a few. Mike spent over 25 years in the film & entertainment business as a studio executive in Texas as well as Paramount Pictures where he served as Southwest Director of Production Support. He was a hands on manager and a key part of the studio production process for such films as, Silkwood, Streamers, Robo Cop, Problem Child, Leap of Faith, It Takes Two and Keys to Tulsa. Mike's full filmography and credits are available on IMDB.com.

With a style that has been described as part Guy Clark and part Townes Van Zandt Mike’s songs are steeped in the tradition of others that come before him. Kris Kristofferson, Danny Epps, Jimmy Buffett and more. The blended style with down home roots makes the stories in his songs seem so vivid and real to his listeners. With a salty Texas style, Mike spins life stories and historic tales into musical poetry in his albums, Tears in My Heart, Hiway Home, Daddy’s Tattoo and 2017's offering Moonlight & Magnolias.

In 1962 my family lived in Corpus Christi, Texas. I was in the fifth grade at Flour Bluff Elementary School.

My father, the late Jessie Brit, was a hard charging, dance hall loving, drinking and dancing grown up East Texas man in his honkytonking prime. My mother Ethel Jean, not so much. By which I mean not at all.

Daddy worked hard building tanks for Costal States Refinery and when the weekend came, well you know the story. It's relived every Friday and Saturday all over the world.

This particular Friday Daddy came in a bit but not too late. Mama greeted him with the usual after the beer joint distain. And since Daddy came in earlier than usual he thought he was making a real effort by not closing the dance hall down. The next morning Mama was still simmering and went shopping and visiting. Well, Daddy was feeling a bit sorry for himself and announced to me and my brother Bobby he was headed to North Beach and going get a tattoo. We would have to go with him because Mama was not home. Now since my Daddy had never talked about a tattoo and had been in the Navy in WW II without acquiring one this was a surprise. In those days tats we usually on ex sailors and a few tough looking guys. No one in either side of our extended family had a tattoo. So off we went.

We arrived at the tattoo shop that was in a pretty seedy cheap tourist bay front area. Daddy explained that he wanted the suits from a deck of cards and a banner reading Born To Lose running through it. My brother and I watched as this went on our Daddy's arm and it seemed that Daddy wore it as badge of honor.

My mother was less than impressed but everyone was over the pain of the argument however Daddy did whine about the tattoo pain a bit.

I grew up seeing that tattoo over and over on those huge forearms he had until it was branded in memory. Still today when things go bad I wonder if there is a genetic connection between the ink and my soul